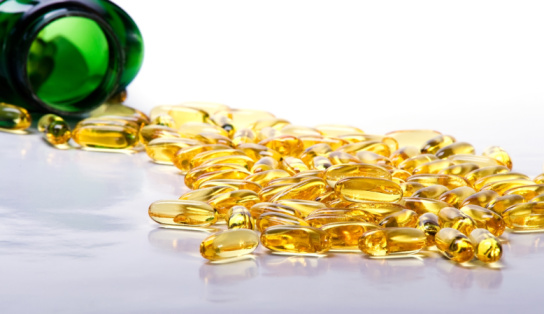 On July 10, 2013, the media jumped on news that too much fish oil might boost prostate cancer risk. As someone who has studied the many benefits of fish oil for many years, my alarm bells went off. The story seemed, well, fishy to me.

So I did what a good scientist and medical person should do. I kept an open mind, but examined the study itself–who conducted it, how it was conducted, and what conclusions were drawn based on hard evidence. After all, a study’s conclusion is only as good as the study itself.

Why the Study Is Flawed
The pedigree of the study source is impressive. It was published in the Journal of the National Cancer Institute and was conducted by researchers from the Fred Hutchinson Cancer Center in Seattle, WA. Unfortunately, the data used was from the Selenium and Vitamin E Cancer Prevention Trial (“the select study”), a study that has been widely maligned for its wrongheaded use of synthetic vitamin E in doses that were too large.

Because the select study was not set up initially to evaluate fish or fish oil intake in the study group, its relevance is not as significant as studies designed to specifically determine the impact of omega-3 fatty acids on prostate cancer risk. As a matter of fact, there is no evidence that anybody in the select study took fish oil supplements or even ate fish!

To reach their conclusion about fish oil, the researchers measured the levels of fats in the blood of the SELECT study participants, and concluded that men with the highest concentrations of EPA, DPA, and DHA–three fatty acids derived from fish and fish-oil supplements–had an increased risk of prostate cancer. Specifically, they reported a 71 percent increased risk of high-grade prostate cancer; a 44 percent increase in the risk of low-grade prostate cancer; and an overall 43 percent increase in risk for total prostate cancer in a subset of patients with the highest level of these omega-3 fatty acids. Yet, the actual percentages of the omega-3 fatty acids were low in both groups. None of the participants in the SELECT study actually had high levels of omega 3 fatty acids. Overall, the noncancer patients had a value of omega-3 fats of 3.62 percent, while the level was 3.66 percent in the cancer group. For a more detailed discussion on the data and why the study’s conclusions are misleading, see my article here.

The authors of the bad study conclude that men are at higher risk of aggressive prostate cancer if the total plasma level of EPA+DPA+DHA is greater than 3.68 percent. If that were true, then aggressive prostate cancer would be a major health concern and the leading cause of death in any country with even moderate fish consumption. But population-based studies show just the opposite effect. For example, prostate cancer incidents and death rates are among the lowest known in populations consuming the traditional Japanese or Mediterranean diets, two diets with a relatively high content of EPA+DHA.

Here are some of the results from some of those studies:

When ascertaining the benefits of fish consumption, it is important to find out how the fish is being prepared. For example, one study found that regular ingestion of fried fish was associated with a 32 percent increased risk for prostate cancer. In addition, many studies do not control for the quality of fish or fish oil. Some fish (and fish oil supplements) can contain environmental chemicals that can contribute to prostate cancer such as PCBs, heavy metals, and other toxic chemicals.

Fish Oil Recommendations
The best thing about the flawed study is that it will stimulate more research into the role of omega-3 fatty acids in prostate health. The worst thing about this study is that it may lead to many men abandoning the use of fish oil supplements. Based upon a large amount of clinical data, it makes sense for men to be consuming 1,000 mg of EPA+DHA daily for general health. And, if they are suffering from one of the over 60 different health conditions shown to be benefitted by fish oil supplementation, the dosage should be increased to 3,000 mg of EPA+DHA daily.