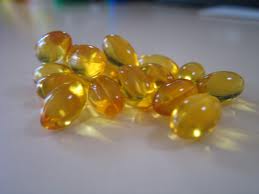 Introduction:
One of the major advances in nutritional medicine is the ability to produce a fish oil supplement that is highly concentrated form of long-chain omega-3 fatty acids and also free from lipid peroxides, heavy metals, environmental contaminants, and other harmful compounds. These “pharmaceutical grade” fish oil concentrates are so superior to earlier fish oil products that they are literally revolutionizing nutritional medicine because of the health benefits they produce by supplying clinical levels of the omega-3 fatty acids EPA and DHA.

Background data:
The levels of EPA and DHA within red blood cells indicate habitual intake and have been shown to be highly significant predictors of heart disease. This laboratory value has been termed the omega-3 index. In one analysis, the omega-3 index was shown to be the most significant predictor of cardiovascular disease (CVD) compared with total cholesterol, LDL cholesterol, or HDL cholesterol as well as markers of inflammation like highly sensitive C-reactive protein (hsCRP).

Researchers subsequently determined that a total of a combined 1000 mg of EPA and DHA daily is required to achieve or surpass the 8% target of the omega-3 index shown to be so protective against heart disease.

New data:
In addition to reducing the risk for heart disease, a higher intake of omega-3 fatty acids may also reduce other causes of death. A recent study sought to investigate the association of blood levels of EPA, DHA, and total omega-3 fatty acid levels with all-cause and cause-specific mortality among healthy older adults not receiving fish oil supplements.

The study involved 2,692 U.S. adults aged 74 years (±5 years) without prevalent coronary heart disease (CHD), stroke, or heart failure at the beginning of the study. These patients were followed for 30,829 person-years, during which time 1,625 deaths (of which 570 were cardiovascular) occurred, 359 fatal CHD and 371 nonfatal CHD events, and 130 fatal and 276 nonfatal strokes occurred. Analysis of the results indicated that higher plasma levels of all omega-3 fatty acid biomarkers were found to be associated with lower total mortality. Subjects with the highest levels of omega-3 fatty acids were found to live an average of 2.22 more years after age 65 than those in the lowest quintile.

These results are quite significant and once again highlight the importance of ingesting 1,000 mg of EPA+DHA for general health and 3,000 EPA+DHA when even higher levels are required as in existing CVD, high triglycerides, or any of the other 60+ health conditions benefited by higher EPA+DHA supplementation.