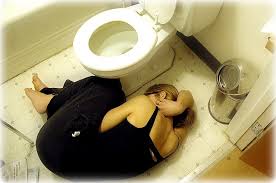 Probiotic supplementation has been shown to be effective in both preventing and treating antibiotic-induced diarrhea, including C. difficele infections. But for some reason, conventional medicine feels that more drastic measures are required, such as “fecal microbiota transplantation” whereby fecal material is transplanted from a healthy donor to the infected individual via an endoscopic tube. Now, a recent study published in JAMA, the Journal of the American Medical Association, used orally administered capsules of frozen fecal matter to successfully treat C. difficele infection.

The obvious question is why not simply use probiotic supplements versus having people swallow capsules of someone else’s bowel movement? The former is just more appealing than the later.

Twenty patients (median age, 64.5 years; range, 11-89 years) with at least 3 episodes of mild to moderate C. difficile infection and failure of a 6- to 8-week taper with vancomycin or at least 2 episodes of severe C. difficile infection requiring hospitalization were enrolled. The patients received 15 capsules on 2 consecutive days, with monitoring of symptom resolution or occurrence of adverse events for up to 6 months.

The researchers did note that larger studies are needed to confirm the results and to evaluate long-term safety and effectiveness of the capsule.

My initial reaction to this study was “you have got to be kidding me.” I just don’t think it makes sense to be collecting fecal material from the general population, freezing it, putting it into capsules, and then having people take it. Besides the obvious “ick” factor, there is the obvious risk of introducing other pathogens.

It is studies like this one that make me want to scream to the medical profession “hello, have you heard of probiotic supplements?” Probiotics, translated “for life,” refer to bacteria in the intestine considered beneficial to health. The most important healthful bacteria are Lactobacillus acidophilus and Bifidobacterium bifidum.

Probiotics have a protective effect against acute diarrheal disease and have been shown to be successful in the treatment or prevention of various types of infectious diarrhea including C. difficile, rotavirus, and traveler’s diarrhea. There is absolutely no question that probiotic supplementation shortens the duration and reduce stool frequency in acute infectious diarrhea, as numerous clinical studies now document this benefit. Probiotic supplementation is especially important in helping children susceptible to infectious diarrhea. Furthermore, probiotics exert immune-enhancing effects.

Probiotic supplementation is also well documented to prevent as well as promote the recovery from antibiotic induced diarrhea, including C. difficile infection. Although it is commonly believed that probiotics supplements are not effective if taken during antibiotic therapy, the research actually supports usage of probiotics during antibiotic administration.

The recommended dosage is at least 12 to 24 billion organisms during antibiotic therapy and that you take the probiotic supplement as far away from the antibiotic as possible. In people that have developed pseudomembranous enterocolitis, I would also recommend supplementing with Saccharomyces boulardi, a probiotic yeast shown to very helpful in pseudomembranous enterocolitis, unless they are immunocompromised patients (such as those with AIDS or taking immune suppressing drugs).