Does Tylenol Help Or Hurt You? 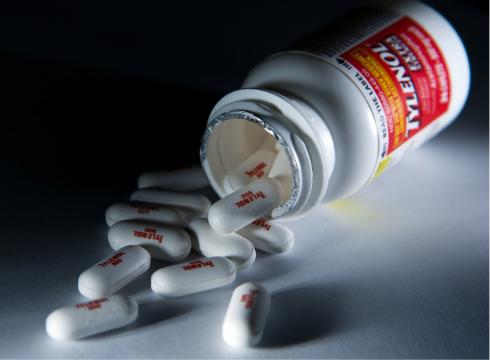 When most people think of Tylenol (acetaminophen), they consider it a gentle pain reliever — safe enough for their children to take. Here’s the reality: Every year acetaminophen is the reason for over 100,000 calls to poison control centers, 50,000 emergency room visits, 26,000 hospitalizations and more than 450 deaths from liver failure. Regular use of acetaminophen has been linked to increased likelihood of asthma, infertility and hearing loss (especially in men under 50 years).

Acetaminophen is extremely dangerous and causes significant side effects. I believe it’s a drug that serves no real medical purpose and should be used only when there are no other options, or else removed entirely from the market.

Why Acetaminophen Is Harmful to Health
As the only remaining member of the class of drugs known as “aniline analgesics” that’s still on the market, acetaminophen only blocks feelings of pain and reduces fever. It exerts no significant anti-inflammatory action. Anti-inflammatory drugs such as aspirin, ibuprofen, and naproxen are better and safer pain and fever reducers. Here are some reasons to avoid taking Tylenol:
Read MoreClose

Acetaminophen is bad for the liver. It reduces the liver’s supply of the important detoxifying aid and antioxidant glutathione. When combined with alcoholic drinks or other compounds toxic to the liver, including other medications, acetaminophen’s negative effects on the liver are multiplied. It can be deadly for people with impaired liver function.

Acetaminophen can lead to an increase in childhood asthma and allergies. Acetaminophen is often prescribed to children to relieve fever. However, children under one year old who’ve been exposed to it have an increased incidence of asthma and other allergic symptoms later in childhood. Asthma appears to be another disease process influenced greatly by antioxidant mechanisms. Acetaminophen severely depletes glutathione levels not only in the liver, but presumably other tissues as well, so should definitely not be used by people with asthma.

Acetaminophen is associated with severe, even fatal skin reactions. On August 1, 2013, the FDA released a notification reporting that acetaminophen is now associated with rare, but severe and sometimes fatal skin reactions even at recommended dosages. Known as Stevens-Johnson Syndrome (SJS), toxic epidermal necrolysis (TEN), and acute generalized exanthematous pustulosis (AGEP), these skin conditions cause reddening of the skin, rash, blisters, and detachment of the upper surface of the skin. Such reactions can occur at any time while acetaminophen is being taken — even if it’s first time the drug is taken. Other over-the-counter drugs used to treat fever and pain (e.g., nonsteroidal anti-inflammatory drugs, or NSAIDS, such as aspirin, ibuprofen, and naproxen) all present the risk of serious skin reactions. The only difference is these medications already describe this in the warnings section of their drug labels.

Is It Time to Ban Acetaminophen?
It might be time to pull the plug on acetaminophen. If the side effects and risks associated with acetaminophen were associated with a dietary supplement, it would be yanked from the market immediately. The FDA needs to quit following a double standard and instead look after the public’s best interest. The over-the-counter drugs so many of us have come to trust need to have up-to-date warnings on labels. If a drug becomes outdated because better, safer drugs are now available, the outdated drug should be pulled off the shelves permanently.

Be an educated consumer! Sign up for my free newsletter for updates on over-the-counter drugs and other health news, and you’ll receive a free copy of my new ebook, Stress, Anxiety and Insomnia! What the Drug Companies Won’t Tell You and Your Doctor Doesn’t Know.