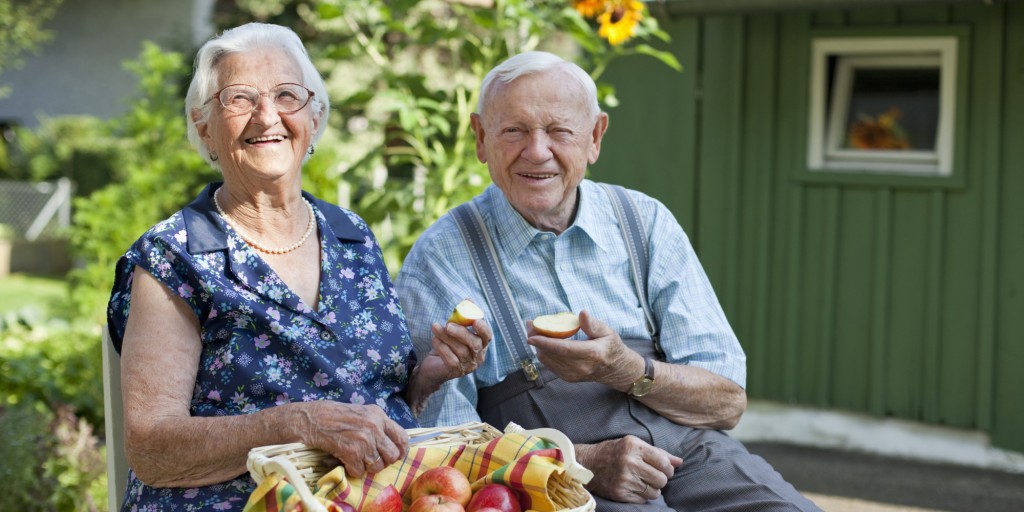 The most essential supplements for digestive health in seniors

As many people age they start developing poor digestion, particularly heartburn and indigestion. A handful of key supplements can be extremely helpful for enhancing digestion in seniors. Here’s a closer look.

Although most people with indigestion think they have too much stomach acid (hyperacidity), a lack of gastric acid secretion is actually a more common cause of indigestion and heartburn. That’s why hydrochloric acid (HCL) supplements help produce complete relief of indigestion in many individuals.

There are many symptoms and signs that suggest impaired gastric acid secretion, including bloating, belching, food allergies, diarrhea, constipation, cracked or peeling fingernails, and iron deficiency. In addition, a number of diseases have been linked with insufficient gastric acid output, including asthma, celiac disease, diabetes, chronic autoimmune disorders, lupus, osteoporosis, and more.

Since not everyone can have detailed gastric acid analysis to determine the need for HCL supplements, here is one way to determine your perfect dosage:

DGL is short for deglycyrrhizinated licorice, but I tell people that it stands for Darn Good Licorice. DGL is produced by removing glycyrrhetinic acid from a concentrated licorice extract. This particular compound is removed from the herb because it can raise blood pressure in some individuals.

My fondness for DGL is the result of having used it effectively in treating even the most severe peptic ulcers. In fact, I cannot think of a case where DGL did not work. Rather than inhibit the release of acid, DGL stimulates the normal defense mechanisms that prevent ulcer formation. It improves both the quality and quantity of the protective substances that line the intestinal tract, increases the lifespan of the intestinal cell, and improves blood supply to the intestinal lining. There’s also some evidence that it inhibits growth of H. pylori bacteria.

Numerous clinical studies support the use of DGL as an effective anti-ulcer compound. In several head-to-head studies, DGL has been shown to be more effective than Tagamet, Zantac, or antacids in both short-term treatment and maintenance therapy of peptic ulcers.

The standard dosage is 2–4 chewable tablets (380 mg) taken at least 20 minutes before meals. Taking DGL after meals is associated with poor results. DGL should be continued for at least 8–16 weeks after there is a full therapeutic response.

Lack of digestive enzymes from the pancreas is another functional cause of indigestion. When heartburn, abdominal bloating and discomfort, and gas occur within the first 15–30 minutes after eating, it’s usually due to a lack of HCl secretion. But if these symptoms occur more than 45 minutes after eating, it’s usually a sign that you are lacking pancreatic enzymes. Keep in mind that the release of pancreatic enzymes is triggered by the HCl secreted in the stomach, so taking HCl supplements can sometimes lead to improved release of pancreatic enzymes.

Digestive enzyme products, however, are the most effective treatment for pancreatic insufficiency. These preparations can include enzymes from fresh hog pancreas (pancreatin) or vegetarian sources such as bromelain and papain (protein-digesting enzymes from pineapple and papaya) and fungal enzymes. In my experience, the best results are found from multi-enzyme preparations from vegetarian and fungal sources. They are more resistant to digestive secretions and have a broader range of activity.

The Importance of Probiotics

As people age, there are some major changes in the type of probiotics that inhabit the intestinal tract. These changes are the result of many factors, including diet, prescription drugs (mainly history of antibiotic or antacid use), and a decline in digestive secretions. Several recent studies have shown that one of the key goals in older adults is to increase the levels of Bifidobacteria species.

Supplementing with Bifidobacteria has been shown to produce a multitude of benefits in baby boomers and older adults, including improved bowel function (reducing constipation and/or diarrhea), enhanced immunity, and reduced inflammation. Use a formula that provides a minimum of 3 billion Bifidobacteria per dosage.