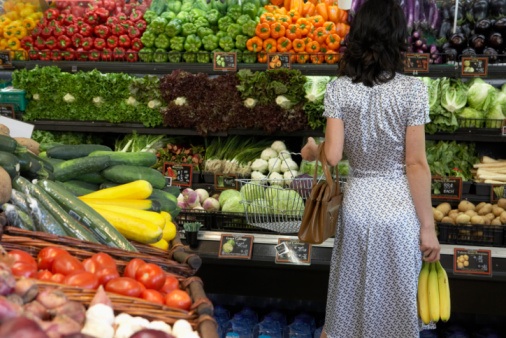 New research shows that even if you have a history of cardiovascular disease, eating a diet loaded with antioxidants may substantially lower your risk of having a stroke.

In a long-term study of nearly 37,000 women ages 49 to 83, Swedish researchers discovered that a diet packed with antioxidant-rich vegetables, fruits, whole grains, tea and chocolate lowered the risk of stroke by 17 percent in healthy women and 45 percent in those who have a history of heart disease or stroke.

After adjusting for the risk factors of body mass index, high blood pressure, alcohol consumption and smoking, researchers concluded that the healthy women who ate the most antioxidants had a 17 percent lower risk of stroke than the women who ate the least amount. Even more strikingly, among the women with a history of cardiovascular disease, those who consumed the highest number of antioxidants had a 45 percent lower risk of hemorrhagic stroke.

Fruits and vegetables made up about 50 percent of the women’s antioxidant consumption, with whole grains accounting for 18 percent, tea at 16 percent and chocolate at 5 percent.

This study contrasts with previous research that didn’t find a link between antioxidant supplements and stroke risk. Lead study author Susanne Rautiainen, a PhD student at Sweden’s Karolinska Institutet, told Medscape Medical News that those studies looked at single antioxidants, whereas hers examined a variety of antioxidants consumed in the diet rather than taken as supplements.

Rautiainen speculates that some strokes may be caused by oxidative stress, which can be combated by antioxidants. In addition, antioxidants, particularly flavonoids, may reduce blood clotting, blood pressure and inflammation—all of which contribute to strokes, she says.

Rautiainen and the rest of the research team said their next step is to see whether antioxidant intake affects other cardiovascular diseases such as heart attacks.