Dealing with Depression: A Natural Perspective 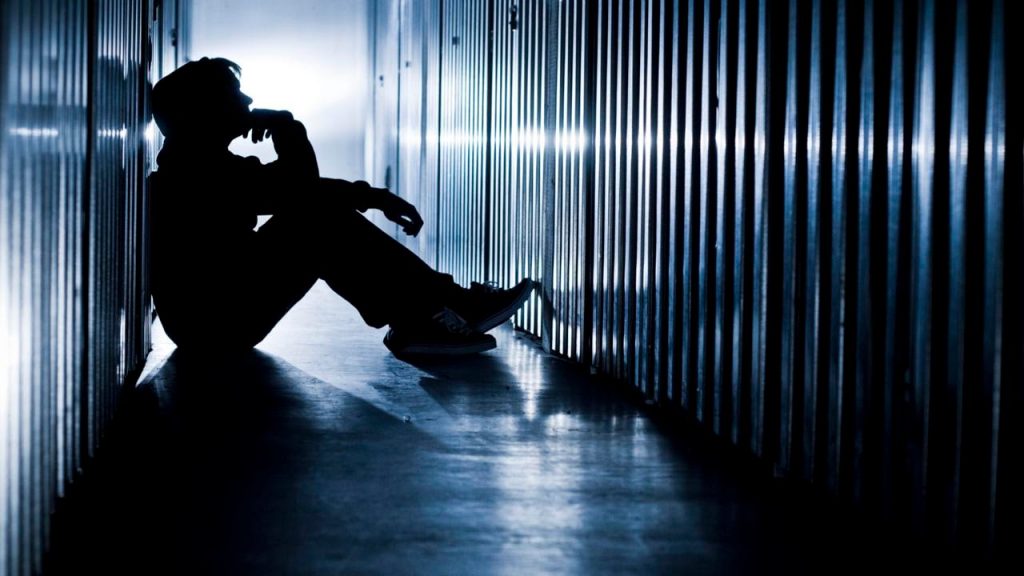 Approximately 30 million Americans take antidepressant drugs. That is a mind-blowing statistic. The obvious question is: Why are so many people depressed? There are a lot of theories, but the way a person feels at any point in time is determined by the interplay between two primary factors:

1. Internal focus and attitude:
• Images held up before the mind’s eye
• Self-talk, habitual questions and explanatory style (optimist vs. pessimist)

Obviously, to truly impact the way a person feels, a comprehensive approach is required that takes into consideration both of these areas and all that they entail. That said, many people are a bit “stuck” and natural products can provide the necessary boost in mood to help make important changes in diet and lifestyle easier to accomplish.

A Quick Look at Antidepressant Drugs

Since the introduction of Prozac in 1987, antidepressants, known as selective serotonin reuptake inhibitors (SSRIs), are now among the world’s most widely prescribed medications, with sales in the U.S. alone of about $20 billion per year. These antidepressants also include brands like Zoloft, Paxil, Luvox, Celexa and Lexapro.

In recent years, the side effects of these drugs, from weight gain and sexual dysfunction to suicidal behavior, have been better defined. In addition, there is growing evidence that in most studies, there is really no difference in efficacy between the placebo and the drug in all but the most severe cases. The presence of unwanted side effects coupled with little real benefit makes these drugs less than an ideal approach.

A recent study published in the official journal of the European College of Neuropsychopharmacology raises a new issue with long-term antidepressant use, adding another reason for consumers to seek alternatives. The study, conducted by researchers at the University of Pisa, Italy, found that antidepressant drugs adversely affected feelings of commitment and attachment towards their partners in both men and women. In other words, the drugs made subjects alienated from their partners. This new study raises another question on the real value of antidepressant drugs on quality of life issues.

SSRI antidepressant drugs are thought to work by specifically inhibiting the re-uptake of serotonin at the nerve endings in the brain. As a result, more serotonin is likely to bind to receptor sites on brain cells and transmit the serotonin signal. Serotonin is a very important neurotransmitter derived from the amino acid tryptophan. It is the brain’s own natural antidepressant and tranquilizer. A decrease in serotonin function is thought to be a major cause of depression, anxiety and insomnia.

Serotonin is not only important in controlling your mood and behavior; it also acts as a kind of chemical traffic cop that regulates the activity of many other neurotransmitters. The level of serotonin present in your brain can have a tremendous impact on how you think, feel and behave.

Besides the beneficial effects noted in clinical studies with healthier dietary choices and key nutritional supplements, there are also several natural products that have been shown in double-blind studies to promote a happier state. The better-researched choices are St. John’s wort extract, SAMe, 5-HTP, and saffron extract.

St. John’s wort extract (SJWE) is the most thoroughly researched natural antidepressant. SJWE was once the brightest star in herbal medicine, but a dubious 2002 study funded by the drug company giant Pfizer led to a crushing 97 percent drop in its popularity that year and it has never recovered. Pfizer’s drug, Zoloft, was the number one selling antidepressant at the time. Many experts felt that the researchers stacked the deck against SJW especially since several double-blind studies afterwards showed that SJW is more effective and has fewer side effects than Zoloft and other antidepressant drugs.

A 2008 Cochrane Database Review concluded after reviewing the results from more than 30 double-blind studies with SJWE: “a) is superior to placebo in patients with major depression; b) is similarly effective as standard antidepressants and c) has fewer side effects than standard antidepressants.” Typical dosage levels for SJWE ranges from 900 to 1800 mg daily.

S-Adenosylmethionine (SAMe) is involved in the methylation of important brain chemicals, including neurotransmitters and phospholipids like phosphatidylcholine and phosphatidylserine. Normally, the brain manufactures all the SAMe it needs from the amino acid methionine. However, SAMe synthesis is impaired in depressed patients. Supplementing the diet with SAMe in depressed patients results in increased levels of neurotransmitters, as well as improved binding to receptor sites.

The results of a number of clinical studies suggest that SAMe is one of the most effective natural antidepressants. Overall in the double-blind studies comparing SAMe to antidepressant drugs, 76 percent of the SAMe group showed significant improvements in mood compared to only 61 percent in the drug group. Typical starting dosage is 200 mg twice daily.

5-Hydroxytryptophan (5-HTP) is the direct precursor to serotonin that is able to cross the blood brain barrier and raise brain serotonin levels. As a result, supplementing the diet with 5-HTP has been shown to produce significant benefits in conditions linked to low serotonin including depression, carbohydrate cravings, headaches and fibromyalgia. The typical dosage is 50 to 100 mg three-times per day. Be sure to point customers to use 5-HTP in enteric-coated capsules or tablets (pills prepared in a manner so that they will not dissolve in the stomach) significantly reduce the likelihood of nausea—a very common side effect with non-enteric coated 5-HTP.

Saffron (Crocus sativus) is the world’s most expensive spice because the stigma (the portion of the flower used for cooking) must be hand picked off the flower. To obtain one pound of saffron, a minimum of 50,000 flowers are needed. In Persian traditional medicine, saffron is used for depression. Modern clinical studies now show that saffron extracts are safe and effective for mild to moderate depression, including a study showing efficacy equal to Prozac. The typical dosage for saffron extract is 30 mg per day.

Individuals with depression often need to learn how to set goals, use positive self-talk and affirmations, identify self-empowering questions and find ways to inject humor and laughter into their lives. It is not an easy task, but it is much easier to accomplish when you eliminate the “noise” caused by unhealthy lifestyle and dietary choices, as well as insufficient levels of key nutrients.

In regard to weaning off prescription antidepressants, customers must be encouraged to work with their physician. In general, discontinuing any drug for these conditions has to be done gradually. Stopping an SSRI too quickly is associated with symptoms such as dizziness, loss of coordination, fatigue, tingling, burning, blurred vision, insomnia and vivid dreams. Less often, there may be nausea or diarrhea, flu-like symptoms, irritability, anxiety and crying spells.

To provide support when weaning off of SSRIs, SAMe can be used without concern. Patients are often advised to avoid 5-HTP and other natural products that may impact serotonin levels out of fear of producing what is referred to as the “serotonin syndrome,” characterized by confusion, fever, shivering, sweating, diarrhea and muscle spasms. Although it is theoretically possible that combining these natural products with standard antidepressant drugs could produce this syndrome, to my knowledge no one has actually experienced this syndrome with the simultaneous use of 5-HTP and an SSRI especially at the dosage levels recommended for 5-HTP (50 to 100 mg three times daily).