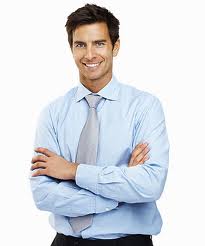 Introduction:
Carnosine is a molecule composed of two amino acids, histidine and alanine that is naturally found in “excitable” tissues, such as muscle and nerve tissue, and reaches high concentrations in skeletal muscle and the brain.

Because of carnosine’s beneficial effects in improving both muscle and brain function, researchers at Georgetown University recently assessed its effects in Gulf War illness (GWI) or Chronic Multisymptom Illness (CMI); terms used to describe the disabling fatigue, widespread pain, and cognitive dysfunction experienced by about 25% of 1990-1991 Persian Gulf War veterans.

A leading theory proposes that GWI/CMI is the result of wartime exposure to a variety of factors including vaccinations, various chemicals, and stress. These factors initiate prolonged production of inflammation, free radicals, and the resulting injury to the brain, nervous system and muscle tissue.
Read MoreClose

Background Data:
Carnosine has been shown to protect the brain and muscle cells from the sort of damage underlying GWI/CMI. Carnosine possesses additional benefits that may also be of benefit in GWI/CMI including neutralizing toxic heavy metals, promotion cellular rejuvenation, and stimulation of improved blood flow. All of which are thought to be useful in benefitting patients with GWI/CMI.

Carnosine has also been shown to:

New Data:
A double-blind, placebo controlled study was designed to determine if nutritional supplementation with L-carnosine would significantly improve pain, cognition and fatigue in GWI. The 12 week study involved 25 GWI subjects who were given L-carnosine at 500, 1000, and 1500 mg increasing at 4 week intervals or a placebo. Primary outcomes included measures assessing cognitive function; feelings of fatigue and pain; and activity levels. The only measure that showed consistent benefit was the influence of carnosine supplementation on improving mental function.

While researchers had hoped to see improvement in all areas of GWI/CMI, the ability of carnosine supplementation to improve mental function in these patients was significant and adds additional clinical support for carnosine in this application.