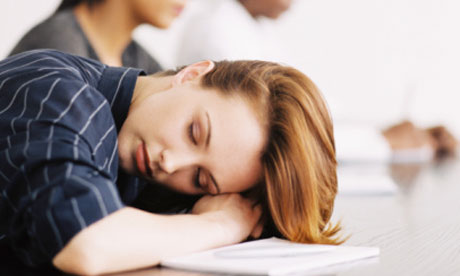 True narcolepsy affects only about 5 out of every 10,000 people in the United States in Europe, but affects about 1 in every 500 people in Japan and Asia. There are several genetic markers that have been linked to the condition. One of the most common is a genetic predisposition for low carnitine levels.

Background Data:
Carnitine is a vitamin-like compound responsible for the transport of long-chain fatty acids into the energy producing units in cells – the mitochondria. Carnitine can be synthesized from the essential amino acid lysine, so it is not officially listed as a vitamin. Sometimes, however, there is insufficient production of carnitine. As a result carnitine supplementation has shown considerable benefit in the treatment of a wide variety of conditions associated with impaired fat utilization and energy production including:

Low levels of carnitine are associated with a higher frequency of fragmented wakefulness and REM sleep.

New Data:
In a study conducted at the University of Tokyo, 30 patients with narcolepsy were given L-carnitine (510 mg/day) or a placebo in a randomized, double-blind, cross-over and placebo-controlled trial. Results revealed that total time for dozing off during daytime in narcolepsy patients, the primary endpoint, was significantly decreased by L-carnitine supplementation compared with placebo. L-carnitine supplementation also increased serum carnitine levels and reduced serum triglycerides concentration indicating improvement in the burning of fat as energy.

Commentary:
The significance of this study is high. Although narcolepsy is a rather rare disorder, daytime sleepiness is not. It is possible that low levels of carnitine could be a cause of fatigue and daytime sleepiness. For example, low serum carnitine levels have been observed in patients with chronic fatigue syndrome (CFS) – a clinically defined condition characterized by severe disabling fatigue and a combination of symptoms, such as musculoskeletal pain, difficulty in concentration and sleep disturbances.

L-carnitine supplementation has produced significant improvements in fatigue severity after two months of supplementation. The authors of the new study concluded “there might be a common pathological process underlying narcolepsy and CFS since both are accompanied by low serum carnitine levels, a symptom that is improved by L-carnitine treatment.”

Typical dosage recommendations for L-carnitine are 900 to 1,500 mg daily.