Can Caffeine Worsen Depression And Anxiety? 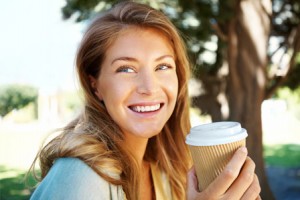 Caffeinated drinks—such as coffee, tea, soda, and energy drinks—pep you up temporarily, but they may have a more insidious effect. They may worsen depression, insomnia, and anxiety.

Several studies have looked at caffeine intake and depression. For example, one study found that, among healthy college students, moderate and high coffee drinkers scored higher on a depression scale than did low users. Interestingly, the moderate and high coffee drinkers also tended to have significantly lower academic performance. There is a reason for this effect and it relates to the chronic effects of caffeine on the brain.

Several other studies have shown that depressed patients tend to consume fairly high amounts of caffeine (e.g., greater than 700 mg/day, or about 7 cups of coffee). In addition, caffeine intake has been positively correlated with the degree of mental illness in psychiatric patients, especially related to panic disorders and depression. The link is strong, but largely ignored by conventional mental health practitioners and facilities.

The combination of caffeine and refined sugar seems to be even worse than either substance consumed alone. Several studies have found a strong association between this combination and depression. In one of the most interesting studies, 21 women and 2 men responded to an advertisement requesting volunteers “who feel depressed and don’t know why, often feel tired even though they sleep a lot, are very moody, and generally seem to feel bad most of the time.”

After baseline psychological testing, the subjects were placed on a caffeine- and sugar-free diet for one week. The subjects who reported substantial improvement were then given either a capsule containing caffeine and a Kool-Aid drink sweetened with sugar, or a placebo capsule containing cellulose and a Kool-Aid drink sweetened with an artificial sweetener, for up to six days.

About 50% of the test subjects became depressed during the period where they were getting caffeine and sucrose. The reason? Caffeine worsens blood sugar control and when combined with sugar, causes blood sugar volatility that really stresses out the brain. Now, keep in mind that artificial sweeteners are also linked to depression, so this effect with caffeine and sugar is significant.

Another study out of the University of South Alabama used a format similar to the Kool-Aid study and found that 7 of 16 depressed patients were depressed during the caffeine and sugar challenge, but symptom-free while on the caffeine- and sugar-free diet and during the cellulose and artificial sweetener test period. This study was done in 1988, directed by Larry Christensen, and was published in the Journal of Applied Nutrition.

The average American consumes 150 to 225 mg of caffeine daily, or roughly the amount of caffeine in 1 to 2 cups of coffee. Although most people appear to tolerate this amount, some are more sensitive to the effects of caffeine than others. Even small amounts of caffeine, like what’s found in decaffeinated coffee, are enough to affect some people adversely.

Bottom line? Anyone who is prone to depression, insomnia, anxiety, or any psychological disorder should avoid caffeine completely. If you can cut sugar out of your diet too, even better.