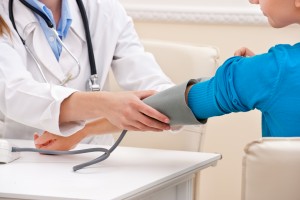 Introduction:
A new study highlights the false hope that consumers place in statin drugs to lower cholesterol levels. Results of the 10-year analysis showed that individuals prescribed statins for high cholesterol levels had a larger increase in body-mass index (BMI) than those who weren’t taking the drugs. These results once again call into question the wisdom of relying on statins to both reduce heart attack risk and extend life.

About 75% of the prescriptions for statins are written for people with no clinical evidence of cardiovascular disease (CVD). Statins have not been shown to increase life expectancy in these patients.

The easy conclusion is that the majority of people on statin drugs are achieving no real benefit from them. In fact, by not focusing on effectively reducing heart disease risk through diet, lifestyle, and proper nutritional supplementation the reliance is costing many people their lives.

In the largest and most thorough review of statins analyzed 11 clinical trials involving 65,229 participants and was published in the Archives of Internal Medicine in June 2010. The analysis provided the most reliable evidence available on the impact of statin therapy on all-cause mortality among high-risk individuals without prior CVD. The results showed that the use of statin therapy did not result in reduction in all-cause mortality in these high-risk patients.

These results are consistent with other quality reviews and call into question the widespread use of statins not only in high-risk patients without CVD, but also in patients with the only risk present being elevated LDL.

While drug companies and many doctors state that statins are so safe and effective they should be added to drinking water, the reality is that they are very expensive medicines, provide very limited benefit, and carry with them considerable risks for side effects. For example, a 2012 study by the Mayo Clinic found that the use of statins in postmenopausal women increased their risk for type 2 diabetes by 74%. Some of the other side effects noted with statins include the following:

New Data:
Researchers from a major global health initiative presented findings at the Society of General Internal Medicine Meeting on April 24, 2014 showing that statin users were consuming an extra 192 calories per day in 2009–2010 than they were in 1999–2000. This increase in calories was associated with a 6 to 11 pound weight gain in this time span. In contrast, there were no significant changes in eating habits or weight gain observed among statin nonusers.

The results were published in JAMA: Internal Medicine to coincide with the presentation. The new data raise concerns of a potential hazard with statins. Either the statins contribute directly to obesity by affecting metabolism or appetite in some manner or they led to “false reassurance” that led to poor dietary choices and a sedentary life.

The researchers used data from the National Health and Nutrition Examination Survey (NHANES) from 1999 and 2010, to calculate the impact of statins on calorie intake, weight gain, and BMI. During this time period, the proportion of patients taking statins increased from 7.5% in 1999 to 16.5% in 2010. Statin users tended to be older white males, less educated, had a diagnosis of diabetes, and a higher BMI than their counterparts not taking statins.

In 1999–2000, statin users consumed 2,000 calories a day and ate 71.7 grams per day of fat, interestingly both of these intakes were significantly less than that consumed by individuals not taking statins., However, by 2009–2010 there was a significant increase in the number of calories consumed and the amount of fat eaten by statin users, whereas in the group not taking statins the daily calorie and fat intake actually dropped a little but was not statistically significant. Over time, the dietary changes in the statin group led to significant increases in both BMI and weight gain.

These results indicate that statin use may have affected diet and lifestyle choices, or it may also show that statins have an underlying effect that promotes obesity. Given the fact that the use of statins is associated with an increased risk of type 2 diabetes, there could be a biological basis for the noted observation – the promotion of insulin resistance.

Commentary:
This study is quite interesting and is worthy of serious follow up by actually monitoring the effect of statin use in patients over time. The take away message for me is that statins are NOT addressing the major causes of CVD and may be creating serious health issues of their own.

In order to provide you the best guidelines to reduce your risk for CVD, I am offering a free PFD download on my book on Cholesterol and Heart Health – What the Drug Companies Won’t Tell You and Your Doctor Doesn’t Know. Just click here. Feel free to forward it to any friend or family member that can benefit from it.