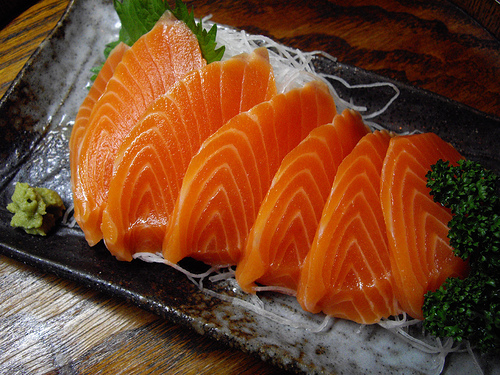 For impaired memory and mental function, nutrition is the key

Are memory loss and decreased brain power inevitable as we age? Many people in their 40s, 50s, and beyond are told that they are, and that there’s nothing that can be done about it. Is that true? Of course not!

Brain cells are the most complex, long living, and nutritionally demanding cells in the body. Studies have shown that intelligence, memory, behavior, and concentration are all influenced by nutrition. Young or old, our nutritional status plays a vital role in determining how well our brain functions.

Super Nutrition
A key goal for brain health is to bathe the brain in “super nutrition.” Simply put, high nutritional status equals higher mental function. Given the frequency of nutrient deficiency in the elderly population, it is likely that many cases of impaired mental function may have a nutritional cause.

A new study conducted at Oxford’s Department of Clinical Neurosciences involved 156 elderly patients who had mild cognitive impairment and a high risk of dementia and Alzheimer’s disease. The patients were divided into two groups: one group took a daily supplement containing 800 mcg of folic acid, 20 mg of vitamin B6, and 500 mcg of vitamin B12; the other group took a placebo.

Before and during the testing period, researchers used magnetic resonance imaging (MRI) to measure the atrophy levels of grey matter in the patients’ brains. Atrophying (shrinking) grey matter is a sign of the progression of Alzheimer’s and other forms of dementia. Upon completion of the two-year study, researchers found that those given the supplement had about seven times less atrophy than the placebo group.

The study also found that those whose grey matter shrunk fastest had higher levels of homocysteine, and those with higher homocysteine levels initially received the greatest benefit from supplementation. In their conclusion, the researchers stated: “Our results show that B-vitamin supplementation can slow the atrophy of specific brain regions that are a key component of the Alzheimer’s disease process and that are associated with cognitive decline.”

In addition to taking a high potency multiple vitamin and mineral formula to supply the brain with super nutrition, it makes sense to add 1,000–3,000 mg of EPA and DHA (combined) from a quality fish oil. Higher intakes of these omega-3 fatty acids are associated with higher mood and mental function scores.

If symptoms of mental deterioration are definitely present in a person 50 years of age or older, consider phosphatidylserine (PS), which plays a major role in determining the integrity and fluidity of brain cell membranes. Over a dozen double-blind studies have shown that PS can help improve mental function, mood, and behavior in patients with degenerative brain disorders. Try 100 mg three times daily.

The Best Brain Foods
The key dietary factors that reduce the risk of dementia and Alzheimer’s disease from population-based studies are higher fish consumption (and omega-3 fatty acids), monounsaturated fatty acids (primarily from olive oil), light to moderate alcohol use (primarily red wine), and increased non-starchy vegetable and fruit consumption. It is likely that a combination of all of these factors will provide the highest degree of protection.

Blueberries or blueberry extracts are particularly helpful. When older rats were given the human equivalent of 1 cup of blueberries per day, they demonstrated significant improvements in learning
and motor skills, making them mentally equivalent to younger rats. When the rats’ brains were examined, the brain cells of those given blueberries were found to communicate more effectively than those of rats not given blueberries. An alternative to eating more blueberries is taking a flavonoid-rich extract such as grape seed or pine bark extract (100–300 mg daily).

Celery and celery seed extracts contain a compound, 3-n-butylphthalide (3nB), that has brain-health benefits. In human and animal studies, 3nB significantly improved learning deficits, as well as long-term spatial memory. Researchers have concluded that, “3nB shows promising preclinical potential as a multi-target drug for the prevention and/or treatment of Alzheimer’s disease.”

Traditionally used to enhance memory, learning, and concentration in Ayurvedic medicine, bacopa is another popular herbal brain booster. Emerging clinical evidence is validating its benefits. In one study, 46 healthy volunteers (ages 18–60) were divided into treatment and placebo groups. Participants were given 300 mg daily of a bacopa extract. At the end of the 12-week study, there was a significant improvement in verbal learning, memory, and information processing in the bacopa group compared to placebo.

What Is MCI?
Mild cognitive impairment (MCI) is a newly recognized medical condition that involves the stage between normal, age-relaged cognitive decline and more serious decline associated with dementia. People with MCI can have problems with memory, language, thinking, and judgment that generally aren’t severe enough to cause significant problems in their day-to-day lives and usual activities.
MCI may increase the risk of developing Alzheimer’s disease or some form of dementia, but not everyone with MCI gets dementia. Because MCI is a new diagnosis and affects up to 42 percent of seniors, pharmaceutical companies have been busy formulating drugs to seize market share. Alzheimer’s medications known as “cognitive enhancers” are becoming popular for treating MCI; however, despite their popularity, the drugs have not been shown to provide any benefit. Worse, these drugs have the potential to cause significant side effects. One such drug, tacrine (Cognex), has already been removed from the market.