Black Cohosh – Is There Really A Concern? 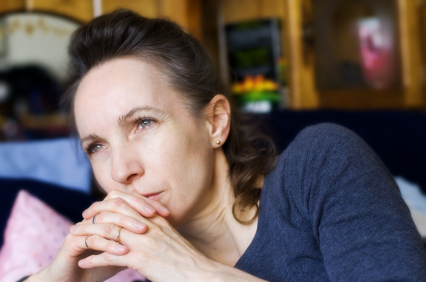 Black cohosh (Cimicifuga racemosa) is without question the most popular natural approach to menopausal symptoms. Its popularity has been increasing in part because of all of the negative press on Hormone Replacement Therapy. Specifically, last year the National Institutes of Health (NIH) halted a major clinical trial designed to help settle the debate over whether HRT benefits postmenopausal women. This study was part of the Women’s Health Initiative and was published in The Journal of the American Medical Association. The study concluded that the risks of taking combined estrogen and progestin outweighed the benefits and increased the risk of stroke, coronary heart disease and breast cancer.

Headlines on the Potential Dangers of HRT:

August 8, 2003 – HRT Linked to Breast Cancer A study published in the Lancet found that of more than one million women in Britain aged 50 – 64 found that women who used HRT drugs faced a 22% increased relative risk of death from breast cancer compared to women who had never used hormones.

August 7, 2003 – HRT Could Increase Risk of Coronary Heart Disease Two studies in the New England Journal of Medicine found that HRT does not protect women from heart disease, as doctors once believed and one of the studies found that giving HRT to women actually increases their risk of heart attack.

June 25, 2003 – HRT Linked to Breast Cancer The Journal of the American Medical Association published two studies that show HRT not only appears to stimulate the growth of invasive breast cancers, but also makes it harder to spot the potentially deadly tumors on mammograms.

May 27, 2003 – HRT Linked to Dementia The May 28 issue of the Journal of the American Medical Association cautions that post-menopausal women who took HRT have twice the risk of developing Alzheimer’s as those who do not. A related study found that HRT also increases the risk of women sufferring from stroke.

Some Bad Press on Black Cohosh

While black cohosh has an exceptional safety profile, two conflicting reports came out last month. The first, a negative study entitled “Black Cohosh and Breast Cancer a Dangerous Mix,” was picked up by almost all news services as it was headlined in newspapers and on the television news. However, the second, a more comprehensive study that provided tremendous reassurance on the safety of Black cohosh in relieving menopausal symptoms was mostly ignored. Is the reason to be concerned regarding the safety of black cohosh? I don’t believe so.

Let’s first take a look at the “negative” study before we examine the weight of the evidence on black cohosh’s safety. The yet to be published study in question was a twelve-month study done at Duquesne University in Pittsburgh, on mice, not people. The information regarding the detailed aspects of the study were not released so not much is really known. What is known is that the mice used were specially bred to be more likely to develop breast cancer. Half were given a regular diet, while the other half had a regular diet along with the equivalent of 40mg a day of black cohosh extract, the amount generally used by women with menopausal symptoms.

Although the chance of getting cancer proved to be equal in both groups, of the mice getting cancer, 27.1% of the mice that had the black cohosh had their cancer spread into the lungs, while 10.9% of the mice not taking the Black cohosh had the cancer spread to the lungs. The results of this study were presented on July 12, 2003, at the annual meeting of the American Association for Cancer Research held in Washington. D.C. Immediately concern was voiced about women taking Black cohosh.

Lead researcher of this study, Vicki Davis, PhD, said in a statement, “Our findings suggest that women who may be at a high risk of having an undetected breast tumor, and certainly those who do have breast cancer, should proceed with great caution – or simply avoid – taking Black cohosh until we learn if there are ways to circumvent these adverse effects.”

Obviously, I don’t agree with this position at all. First of all, the effects of compounds in mice and humans can be quite different. Second, there is considerable evidence of black cohosh’s safety and test tube studies on various types of human breast cancer cells have shown an inhibitory effect – not a promotion of breast cancer cell growth.

While the second report provided considerable more science it did not seem to get the same degree of press coverage as the negative study. The lead researcher was Tieraona Low Dog, MD is Clinical Assistant Professor at the University of New Mexico and an advisor to the NIH Center for Complementary and Alternative Medicine. Dr. Low Dog concluded “This paper supports a growing body of evidence on the safety of Black cohosh, an herb used by Native Americans for centuries. The findings should reassure the increasing number of women, who cannot or choose not to take HRT that safe options exist to treat their menopausal symptoms.”

My Recommendations for Menopause and Beyond

How to Get Off HRT?

The best method for getting off any medication including HRT is gradual reduction – a slow weaning process. Since menopause is not a disease per se, you can stop cold turkey, but in my clinical experience doing so is usually associated with rebound symptoms. In other words, the severity of menopausal symptoms seemed to be much worse than ever before.

Black cohosh and other natural approaches are simply not strong enough to lessen these symptoms sufficiently right off the bat. Instead, it is best to begin your natural supplementation program to support your health during menopause and after 2 weeks of use cut the dosage of HRT in half. After two more weeks start taking it every other day. After an additional two weeks discontinue use.

How Long Can Black Cohosh Be Taken?

Although the German Commission E monograph has recommended that treatment with black cohosh be limited to six months (the standard recommendation for hormone replacement therapy as well), this recommendation was made because the Commission did not feel that it was appropriate for anyone to be taking an herbal product for any reason in an unsupervised fashion not because of any real concern of toxicity.

Based upon detailed toxicology studies it appears the black cohosh extract is appropriate at recommended levels for long-term continued use. The no effect dosage in studies in a six-month chronic toxicity study in rats was at 1,800 mg/kg body weight – or roughly 90 times the human therapeutic dose. A six-month toxicological study in rats is comparable to an unlimited treatment time in humans.