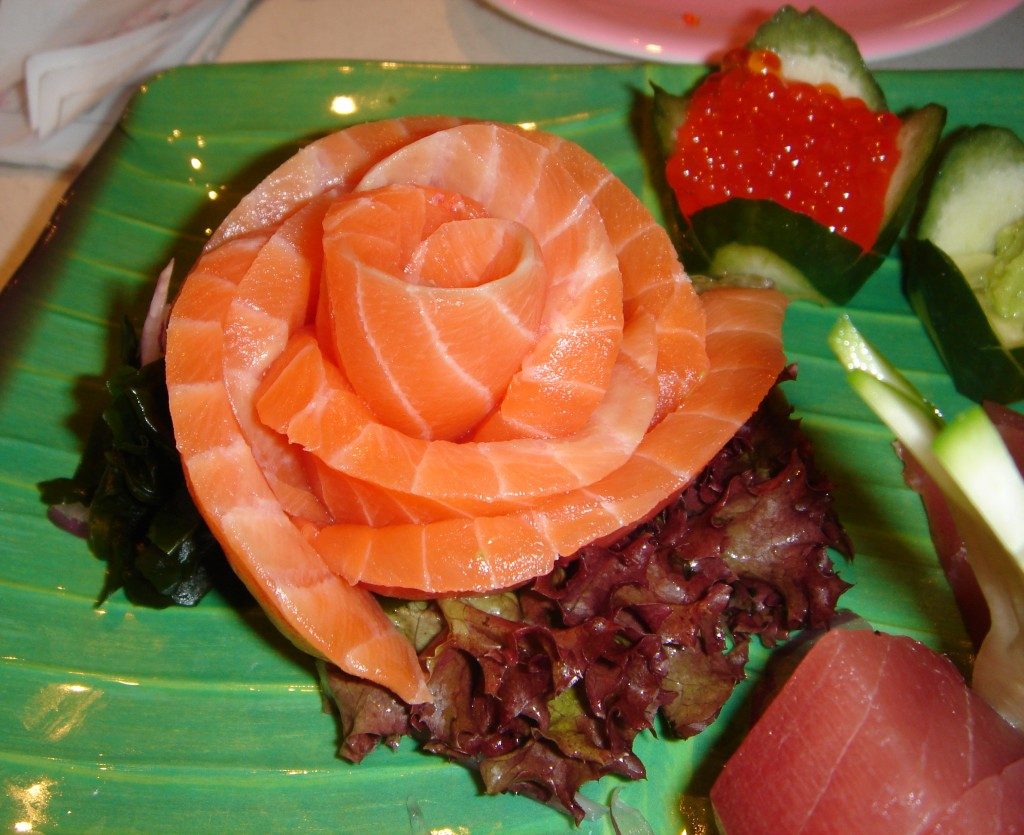 There are more than 400 different members of the carotene family of pigments in nature. Historically, the potency of a carotene in improving human health was based on its ability to be converted to vitamin A. For example, beta-carotene, the pigment that makes carrots orange has the highest vitamin A value and was long thought of as being the most important carotene. However, it is now known that some of the most important carotenes to human health are not converted to vitamin A at all. The crowned “king” of all of the non-vitamin A carotenes is astaxanthin. It is given this title because of its unique benefits and actions in promoting health and protecting against cellular damage, especially in the brain and vascular system.

Where is Astaxanthin Found in Nature?

Astaxanthin is a vibrantly deep red carotene pigment found predominantly in marine life. A form of microalgae known as Haematococcus pluvialis is the richest source. When it is consumed by salmon, lobster, shrimp, krill, and other sea life, the intense red pigmentation results in these animals having red or pink flesh, or outer shells.

Astaxanthin is absolutely essential to the survival of these organisms. For example, astaxanthin is required by microalgae to protect itself from damage produced during photosynthesis. It is also known that young salmon die or do not develop properly without sufficient intake of astaxanthin in their diet. The astaxanthin also provides some protection for some animals by making them less visible in deep water, where the red segment of the wavelength spectrum of visible light does not penetrate. The red pigment also plays a role in mating and spawning behavior.

How is Astaxanthin Produced?

Although astaxanthin is found in salmon, herring roe, or krill oil supplements, the amounts in these sources are much lower than those provided from extracts of H. pluvialis. For example, the level of astaxanthin naturally occurring in a capsule of fish or krill oil is in the range of 100 mcg (0.1 mg). That amount is not much compared to the 4 to 12 mg per capsule found in most astaxanthin supplements derived from H. pluvialis.

To produce natural astaxanthin, the best products use closed systems rather than outdoor ponds. The closed system may be in the form of large tanks or special glass tubing to grow H. pluvialis under ideal conditions that enhance astaxanthin production and prevent environmental contamination. The astaxanthin is then released from the thick cell wall of the algae through special processing and then concentrated through extraction techniques.

There are other sources of astaxanthin on the market, but these forms are produced from either chemical synthesis or produced from genetically modified yeast (Phaffia rhodozyma). These synthetic forms are often fed to salmon in fish farms to give them red flesh, but this form of astaxanthin is not quite the same as natural astaxanthin as it has been shown to be more then 20 times weaker as an antioxidant than the natural form.

How Does Astaxanthin Work?

It is a bit cliché to refer to various natural compounds as antioxidants. Yes, astaxanthin has antioxidant activity and definitely help prevents the oxidative damage that contributes to conditions such as aging, insulin resistance, cardiovascular disease, and neurodegenerative conditions such as Alzheimer’s disease. And, yes so do many other natural antioxidants. But, astaxanthin is a bit different as an antioxidant and exerts some additional benefits to protect cells.

Astaxanthin also exerts some specific anti-inflammatory effects that make it quite useful in protecting brain and vascular cells from damage. Since astaxanthin effectively protects the membrane system of mitochondria (the energy compartment of cells), it can help boost cellular energy production.

What Can Astaxanthin Do?

More than 50 clinical and experimental studies have shown astaxanthin to be potentially helpful in the following conditions:

One of the real special attributes of astaxanthin is its ability to cross the blood-brain and blood-retinal barrier to protect both the brain and eyes. This effect is quite unusual for carotenes. For example, popular carotenes like beta-carotene and lycopene do not cross either barrier. This effect of astaxanthin indicates that it may be particularly helpful in improving brain and eye health as well as protecting the brain against Alzheimer’s disease, macular degeneration, and other degenerative brain and eye disorders. Of course, it has other benefits as well, but my feelings are that this ability to cross into the brain and retina are what makes it really special.

Another interesting effect of astaxanthin is on red blood cells. Because red blood cells (RBCs) are more susceptible to being damaged by oxidative attack as we age, this can lead to impaired delivery of oxygen to our tissues. Astaxanthin’s effects on cell membranes may be especially important in RBCs. In a 2011 double-blind clinical trial, 32 healthy subjects, ages 50-69 years (n=30), were assigned to receive astaxanthin (at 6 mg/day or 12 mg/day) or a placebo for 12 weeks. Both dosage levels of astaxanthin reduced oxidative damage to RBCs with no greater effect seen with the higher dosage level. The significance of this improvement may be profound especially when combined with another 2011 that found astaxanthin (6 mg per day for a 10-day period) was able to significantly improve blood flow (rheology). The reasons these effects are profound is that improving the delivery of oxygen throughout the body may produce a myriad of positive effects. What is the Dosage of Astaxanthin?

The dosage range for astaxanthin is 4 to 12 mg daily.

What are the Side Effects and Drug Interactions of Astaxanthin?

There are no known side effects or drug interactions at recommended dosage levels.