Alzheimer’s disease (AD) is a degenerative brain disorder associated with progressive deterioration of memory and cognition. In the United States, Alzheimer prevalence is now estimated to affect about 20% of individuals in the 75-84 years group and 42% people older than 84 years old. These numbers are striking when compared to data from the 1960s indicating an incidence of only 2% in people over the age of 85 years. The tremendous increase in AD in people over 85 years of age is often referred to as the “Alzheimer’s epidemic.”

The Role of Beta-Amyloid

Although genetic factors play a significant role in determining susceptibility to AD, like most chronic degenerative disease, lifestyle and environmental factors also play a significant role. The primary brain lesions of AD are the result of deposits of a substance known as beta-amyloid. Although the immune cells in the brain normally remove beta-amyloid and plaque, research is beginning to characterize a chronic and excessive inflammatory reaction to amyloid proteins in the brain in susceptible individuals that can promote AD. Some dietary factors showing promise in reducing beta-amyloid include the Mediterranean diet and the following natural products: 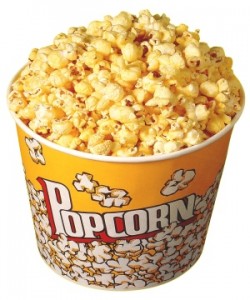 The compound diacetyl is used to give foods a butter flavor. It is ubiquitous in the modern human diet and is found in many products including butter-flavored microwave popcorn, margarine, cookies, crackers, potato chips, corn chips, and many more.

A recent study completed at the University of Minnesota showed that diacetyl potently enhances beta-amyloid toxicity toward neuronal cells in culture. In other words the diacetyl greatly increased the ability of beta-amyloid to damage or destroy brain cells. The effect occurred at concentrations that are normally found in workers exposed to diacetyl, but raised the question regarding the health effects of over consumption of diacetyl-containing foods.

The bottom line is that given the demonstrated effect on increasing the effects of beta-amyloid in causing brain damage shown in this study, it seems strongly advisable to avoid diacetyl-containing foods.