Are Psilocybin Mushrooms a Game Changer for Severe Anxiety/Depression? 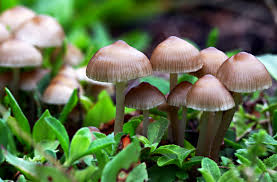 Are Psilocybin Mushrooms a Game Changer for Severe Anxiety/Depression?

There are major developments taking place right now in medical research that I believe will eventually lead to amazing new treatments. The ironic thing is that in many cases some of these new breakthrough treatments will utilize rather ancient approaches. Sometimes the results are absolutely incredible. To prove my point, two new studies show why psilocybin, the active ingredient in “magic mushrooms,” is being hailed as a game changer for people with severe depression and anxiety. In fact, noted experts in conventional medicine have called the results “earth shattering,” “a big paradigm shift,” and a “a critical advancement,” that might “open a new era” in treatment in psychiatry.

A single dose of psilocybin produced a clinically significant, long-lasting effect in 80%-90% in these patients and did so without side effect. Given the poor success rate and side effects of conventional antidepressant drugs, these finding are being hailed as door openers for a new era of drug treatment in psychiatry. In the United States, possession of psilocybin-containing mushrooms is a crime as it is classified as an illegal drug. But just as we have seen laws regarding marijuana change recently, this classification may change in the future.

Psilocybin is produced by more than 200 species of psilocybin mushrooms. Ingestion of psilocybin produces euphoria, visual and mental hallucinations, changes in perception, and a distorted sense of time. Closed-eye hallucinations are typical where the user sees multicolored geometric shapes and vivid imaginative sequences. Open-eye visual hallucinations can be very colorful and vivid as well, but rarely confused with reality. Users having a pleasant experience can feel a sense of connection to others, nature, and the universe; other perceptions and emotions are also often intensified.

These mushrooms became a popular hallucinogenic recreational drug in the 1960s, but it has been used to aid spiritual quests since prehistoric times. In the late 1950s and early 1960s there began interest in psilocybin as a drug. In fact, the drug company Sandoz marketed and sold pure psilocybin to physicians and clinicians worldwide for a time, but restrictive drug laws of the late 1960s curbed scientific research into the effects of psilocybin and other hallucinogens.

The scientific research that has been done on psilocybin is fascinating. The effects depend a lot on the mindset of the individual and environment. To aid the positive experience, studies in the 1960s used peaceful music and a comfortable room to help ensure a comfortable setting, and experienced guides to monitor and reassure the volunteers. In one study, the degree of mystical experience was measured using a questionnaire showed that 61% of subjects reported a “complete mystical experience” after their psilocybin session. Two months after taking psilocybin, 79% of the participants reported moderately to greatly increased life satisfaction and sense of well-being. About 36% of participants also had a strong to extreme “experience of fear” or a “bad trip” at some point during the psilocybin session, with 13% of the total reporting the fear lasted the entire session. Nonetheless, these negative effects were easily managed by the researchers and did not have a lasting negative effect on the subject’s sense of well-being. A follow-up study conducted 14 months after the original psilocybin session confirmed that participants continued to attribute deep personal meaning to the experience. The research that exists to date shows that psilocybin is not habit forming, does not cause dependence, is well-tolerated, and has extremely low toxicity.

Two new randomized controlled trials were conducted with psilocybin in the treatment of severe depression and anxiety in late-stage cancer patients. Both studies used a double-blind, crossover design and were carried out in a supervised setting where they were encouraged to lie on a couch, use an eye mask to block external visual distractions, and listen to music. They were also encouraged to focus their attention on their inner experiences throughout the session. The primary outcomes in both studies were depression and anxiety – conditions that are highly common among cancer patients with a severity that are often resistant to drug therapy and psychotherapy. Secondary outcomes included assessment of spirituality, existential distress, anxiety of death, and mystical experiences.

The first study was conducted by researchers at NYU. Both short term and long term effects were noted after just one dose with 83% of patients reporting an antidepressant response 7 weeks 14% in the placebo group. At 6.5-month follow-up, antidepressant or anxiety relief response rates were in the 60% to 80% range, depending on the measure. Some patients reported a profound sense of unity, transcendence of time and space, or a deeply positive mood and quality of life.

The second study, by researchers at Johns Hopkins University, again included advance cancer patients. It was set up a little different, but the analysis showed that at 6 months, the clinical response averaged 78% for depression and 83% for anxiety. Participants taking the active level of psilocybin reported positive changes in attitudes about life, self, mood, relationships, and spirituality. This study included community observer ratings, which also showed significant positive changes in attitudes and behaviors of participants. The researchers concluded that the mystical-type experiences that some patients experience with psilocybin “allows them to move forward, not feeling depressed, not feeling anxious, but with optimism.”

Commentary: It is possible that we all internally crave some sort of peak experience to help us to connect with the power within us to help give meaning to life. Perhaps the future of medicine will include guided mystical experiences to help people for a variety of issues. Here is one possible application that could be revolutionary, the use of psilocybin or other hallucinogens in the treatment of additions. Currently, there are studies being conducted with psilocybin in smoking, alcohol, and cocaine addiction.

I want to make it clear that I am not advocating the illegal use of psilocybin or other natural hallucinogen. All that I am trying to do here is open the door of possibility that these natural compounds like psilocybin, Ayuhausca, and others may be an important part of medicine in the future. Honestly, based upon the results from the studies conducted to date, I think it is pretty obvious that they should be investigated fully as soon as possible. There are a lot of people out there who might benefit.