Many times there are extremely positive preliminary results with a natural product improving very serious health condition and there is no follow up studies. In 2005, a clinical trial indicated that a common dietary supplement can produce meaningful improvements in multiple sclerosis. Since this initial study there has been considerable additional studies that also demonstrate dietary supplementation with this compound is capable of making a positive clinical impact. 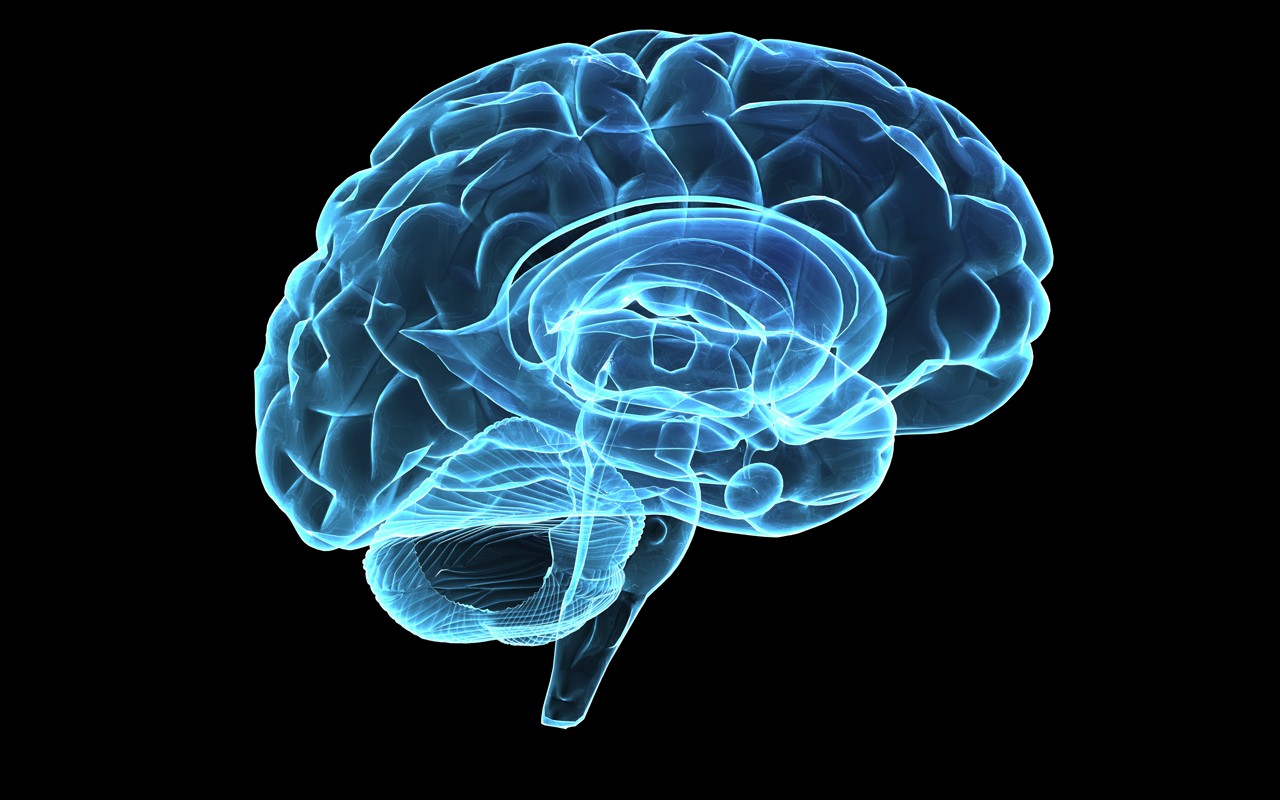 Multiple sclerosis is a syndrome of progressive nerve disturbances that usually occurs early in adult life. It is caused by gradual loss of the myelin sheath that surrounds the nerve cell. This process is called demyelination. One of the key functions of this myelin sheath is to facilitate the transmission of the nerve impulse. Without the myelin sheath, nerve function is lost. Symptoms correspond to the nerves that have lost their myelin sheath and include disturbances of movement and sensory functions, including blurred vision, dizziness, muscle weakness, and tingling sensations are common symptoms. The diagnosis is confirmed by the detection of evidence of demyelination on magnetic resonance imaging (MRI).

MS is an autoimmune disease – a disease where the immune system attacks body tissues as foreign proteins. Damage to nerve cells as a result of free radicals is thought to be a major trigger for the autoimmune process. Free radicals are highly reactive molecules that can bind to cellular compounds and destroy them. In MS, free radical damage exposes cellular components that are normally hid to the immune systems thereby initiating the formation of antibodies to these components. Free radicals have also been implicated in the activation of matrix metalloproteinase (MMP), which is an important mediator of white blood cell transport into the brain and spinal cord, i.e., the central nervous system (CNS), i.e., the brain and spinal cord. In order for MS to progress, white blood cells must enter the CNS. So, MMP is a viable target to protect against further demylenation.

Alpha-lipoic acid (ALA) is a vitamin-like substance that is often described as “nature’s perfect antioxidant.” It is given this title because it is a very small molecule that is efficiently absorbed and easily crosses cell membranes including the blood brain barrier. Unlike vitamin E which is primarily fat soluble and vitamin C which is water soluble, ALA can quench either water or fat soluble free radicals both inside the cell and outside in the intracellular spaces. Furthermore, ALA extends the biochemical life of vitamin C and E as well as other antioxidants.

ALA has shown the ability to suppress and treat the animal model of MS, experimental autoimmune encephalomyelitis (EAE). These animal studies have led to further investigations. In the initial phase of lesion formation in EAE as well as MS, reactive oxygen species of free radicals cause damage to the blood brain barrier. Normally, this protective barrier prevents the passage of large molecules as well as white blood cells into the brain. Once the blood brain barrier is damaged it leads to the migration of T lymphocytes and other white blood cells into the CNS.

ALA has been shown to prevent the development of clinical signs in EAE in rats through its ability to decrease in white blood cell infiltration into the CNS. In addition, using live cell imaging techniques, researchers also visualized and quantitatively assessed that ALA also exerts a direct ability to stabilize the BBB. In addition, ALA has also shown the ability to inhibit the formation of a variety of compounds associated with promoting inflammation within the CNS and their inhibition provides another mechanism to explain the observed effects of ALA in EAE.

The first clinical study that sought to determine the effects of ALA in patients with MS was published in 2005. Thirty-seven MS subjects were randomly assigned to one of four groups: placebo, ALA 600 mg twice a day, ALA 1200 mg once a day and ALA 1200 mg twice a day. Subjects took the capsules for only 14 days. The pharmacokinetic data indicated that subjects taking 1200 mg ALA had substantially higher peak serum ALA levels than those taking 600 mg and that peak levels varied considerably among subjects. In other words, some people may require more ALA than others to see clinical benefit. The higher the level of ALA, the greater the reduction in matrix metalloproteinase 9 levels (MMP-9). This compound, MMP-9, is associated with disease activity in MS. Therefore, the higher dosage of ALA, the greater the clinical benefit. There was also a significant dose response relationship between A LA and the adhesion molecule that helps transports white blood cells into the CNS. The researchers concluded that ALA is well tolerated and appears to be a useful adjunct in the treatment of MS.

Despite these impressive results research into the clinical benefits of ALA in MS has been slow to develop. What the studies since the initial study show is that this amazing natural compound should definitely be part of any MS treatment plan. For example, one double-blind study examined the effect of ALA on levels of inflammatory compounds known as cytokines in 52 patients with relapsing-remitting MS. They were given either ALA (1,200 mg/day) or placebo for 12 weeks. Results showed that the level of certain key cytokines were significantly reduced in the LA group compared to the placebo group. Since the levels of these key cytokines generally correspond to severity of symptoms, these results again support the consumption of 1,200 mg ALA per day in MS patients.

Another study in the same patients also showed a significant improvement of total antioxidant capacity in comparison to the placebo group while another showed that ALA was critical in helping in slowing down the demyelinating damage.

One of the key markers of antioxidant activity in the body is the level of sulfur containing molecules like ALA and glutathione. In their free, active form they are thiols, but when they perform their antioxidant actions they bind to other sulfur containing molecules to form disulfide bonds to neutralize the pro-oxidant. In the process, thiols like ALA and glutathione also become inactive. Therefore, the ratio of thiols to disulfide molecules is an important marker for antioxidant status. The higher the level of thiols, the greater the protection.

To examine the thiol-disulphide homeostasis during an episode of MS inflammation of the optic nerve leading to visual disturbances, researchers use a measurement called the visual evoked potential. This involves the measurement of the electrical signal recorded at the scalp just above the eye in response to a light stimulus. The patient sits in front of a screen of alternating checkerboard pattern. In active MS, the transmission of the nerve impulse is slowed. Results are displayed in wave form. Researchers measure the time from when the stimulus was given and the formation of the highest wave known as the P100. It is a very reliable and proven method to evaluate the function of the optic nerve in MS.

Results from the study showed a dramatic correlation between the active forms of thiols and the P100 time. When the balance was tilted with more disulfides and less active thiols there was association with inflammation and dysfunction of the optic nerve. More active thiol groups are also associated with improved detoxification, cell signaling mechanisms, and overall antioxidant defense mechanisms.

Researchers concluded that supplementation of ALA is very much indicated to prevent or at least significantly slow down the demyelination of the optic nerve and preserve visual function in MS patients.

The evidence is clear. ALA is crucial in MS patients. Here are some guidelines. First, there are two forms of ALA designated R and S. They are mirror images of each other chemically. The R isomer is the preferred form, as it is naturally synthesized in the body and is more efficiently absorbed than the S isomer, requiring lower doses and yielding concentrations that are significantly higher than the S isomer. If using the regular ALA, a mixture of the R and S form, the dosage is 1,200 mg per day. If using the R form, the dosage can be reduced to 600 mg.

ALA is also available as a regular immediate-released product as well as timed-released form. The existing evidence does not seem to support an advantage to taking a timed-release product.  In fact, it looks like immediate release formulations are better utilized. ALA quickly absorbed with dosage proportionality – meaning that roughly the same percentage is absorbed whether the dosage is 50 or 600 mg. The absolute bioavailability of ALA based on radioactive studies indicate it amounts to roughly 93% of the administered dose. While timed-release ALA is absorbed more slowly, it did not produce as high of peak value as the immediate release nor was the absorption as high as the immediate release form. It also appears to gain the greatest clinical benefits with oral ALA what is required is to flood or overwhelm the liver’s ability to grab hold of the ALA and thereby allow it into the general circulation leading to rapid elevations in blood levels and delivery to other vital tissues.  This goal appears best achieved with immediate release products and it is probably best to take the dosage once a day versus divided dosages.

Please keep in mind that MS is definitely a “multi-factorial” disease meaning that in order to effectively halt its progression many different factors must be addressed. There are other natural compounds that also appear quite useful, most notably fish oil and curcumin preparations. Click here for more recommendations. The research reviewed above clearly indicates ALA is certainly an important therapeutic tool. In MS, the effective dosage appears to be in the range of 1,200 mg daily.