A Clear Perspective on Supplement Safety 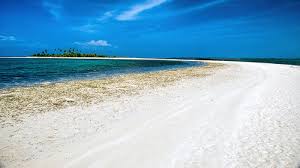 Recently, the media has once again failed to report the whole story or put things into the proper perspective when they reported on a study from the Centers for Disease Control and Prevention (CDC) and the U.S. Food and Drug Administration (FDA) regarding supplement safety. The headlines and superficial reports were completely blown out of proportion and did not tell the whole story.

If anything, the analysis published in the October 15th issue of the New England Journal of Medicine clearly demonstrates the safety of dietary supplements.

The media loves to beat the drum by parroting a long-held myth that the dietary supplement industry is not regulated. It is critically important for our industry to dispel this false representation. The truth is that all dietary supplements, including vitamins, minerals, herbs and specialty products must conform to federal regulations that control manufacturing, labeling and advertising practices. Specifically, the FDA has the power to:

The safety of dietary supplements has been well established over the years. Issues such as the contaminated L-tryptophan in the 1980s due to a change in the manufacturing process by one manufacturer or the abuse of ephedrine as a weight-loss agent were unfortunate occurrences, but should not detract from the excellent safety profile of dietary supplements. After all, even more significant issues have occurred in the food supply, as well as with prescription and OTC (over-the-counter) drugs.

It is estimated for the past two decades that roughly 70 percent of Americans utilize dietary supplements. In 2010, more than 60 billion doses of nutritional supplements were ingested. According to the annual report from the U.S. National Poison Data System, not a single death was caused by a vitamin or mineral supplement. Keep in mind that it is estimated that over-the-counter and prescription drugs are responsible for more than four million emergency room (ER) visits annually. In addition, adverse drug reactions are estimated to cause more than 100,000 deaths each year. These numbers are sobering and reflect the real issue that the media should focus on.

The authors of the study clearly stated that the numbers of ER visits were less than 5 percent of the numbers that have been previously reported for pharmaceutical products and the severity of the adverse effects are considerably less for dietary supplements. In other words, dietary supplements pale in comparison to the issues seen with both OTC and prescription drugs. But somehow, these important statements from the report did not make it into the media message being told.

A Closer Look at the Report

The CDC sought to evaluate the safety of dietary supplements by looking at adverse event reporting (AER) data from 63 emergency departments over a 10-year period (2004-2013). Based upon this data, the researchers estimated that dietary supplements are responsible for approximately 23,000 ER visits and 2,000 hospitalizations annually. Weight loss and energy products were responsible for 72 percent of AERs while sexual enhancement and bodybuilding products accounted for 1 percent. So, these two categories together totaled 86 percent of the reported AERs. Now, in these 86 percent of cases, 90 percent of the time, the presenting AERs were heart palpitations, chest pain, or increased heart rate related primarily to caffeine ingestion and these patients were subsequently discharged from the ER. Clearly, excessive caffeine intake is the concern, and not vitamins, minerals and other dietary supplements.

The two other primary causes for ER visits were swallowing problems and unsupervised ingestion by children. About 50 percent of the swallowing problems occurred in elderly subjects and involved calcium supplements. In over two thirds of children presenting to the ER due to a AER it was related to unsupervised ingestion of a multiple vitamin and mineral formula and these visits were mainly precautionary.

Putting these numbers into perspective it is first important that the study did not highlight any serious AERs or deaths due to dietary supplements. Second, the major issue appeared to be people reacting to the caffeine in energy, weight-loss and bodybuilding products. One of the problems of the report is that it did not detail the simultaneous ingestion of other sources of caffeine by subjects, reporting only side effects due to dietary supplements.

One issue that the report touched on is that the dietary supplement industry still contains some unscrupulous companies that market adulterated products—sometimes laced with prescription drugs. These are the rare exception and not the norm. This issue simply is non-existent among well-respected brands that adhere to high quality GMPs. Buyer beware that a product being called “herbal Viagra” being marketed by a company on the internet with zero distribution in health food stores and no history may be one of the products that has been shown to be adulterated with actual Viagra. Again, a well-respected established brand, is simply not going to do that. From 2004 through 2012, more than 200 products were recalled by the FDA as containing unapproved regulated substances (i.e., drugs) or impurities. Rarely did these recalls involve products being sold in natural food stores.

My take-away messages from this new report are:

• Dietary supplements are remarkably safe given their widespread use and lack of ER visits.

• Don’t use dubious natural products, especially those being marketed with weight- loss, bodybuilding or sexual-enhancement claims.

• If you are going to use a product containing caffeine, do so wisely and do not exceed the recommended dosage levels on the label, and also take into consideration additional intake of caffeine or other stimulants you ingest.

• If you have difficulty swallowing large pills, choose smaller pills or other delivery methods. Soft gels are generally easier to swallow and most supplements are now available in powder or liquid form.

• If you have children, make sure that your supplements are out of their reach.

• These simple precautions would likely dramatically reduce the relatively small number of people using supplements from ever having to visit an ER due to a possible side effect.