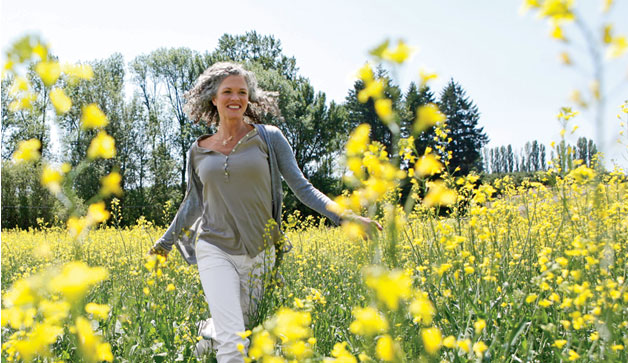 Allergies refer to an abnormal immune response that can produce a wide range of symptoms (e.g. hives, asthma, anaphylactic shock and death). The most common allergic condition is hay fever (seasonal allergic rhinitis), which is an allergic reaction of the nasal passages and airways to windborne pollens. Ragweed pollen accounts for about 75% of all hay fever cases in the United States. Other significant pollens that induce hay fever include various grass and tree pollens.

An estimated 50 million Americans have allergies to airborne triggers that cause symptoms of hay fever. While many Americans reach for prescription and over-the-counter (OTC) antihistamines to treat their condition, natural medicines can offer significant advantages. Keep in mind that popular antihistamine drugs, whether they’re prescription or OTC, offer only symptomatic relief — they don’t solve the problem. The drug companies love these antihistamine drugs because they only suppress symptoms, they don’t effect a cure; they create dependence, and most important to the drug companies, they’re expensive, so they offer tremendous profits.

Before you go reaching for OTC medications, try these natural preventives and treatments instead.

Track the pollen count in your area and try to stay indoors when pollen counts are highest. A great site for this is weather.com’s allergy tracker.

2. Shower it off.
If you’ve been outside and are prone to seasonal allergies, shower before bed to remove pollen, especially from your face and hair.

3. Try nasal irrigation.
Get a neti pot at your local health food store or pharmacy. Wash your nasal passages with a saline solution twice per day.

4. Filter it out.
Equip your home with HEPA (high-efficiency particulate air) filters, which can be attached to central heating and air conditioner systems.

5. Deallergize your home.
If you have beloved pets, try to keep them out of your bedroom, because they carry pollen in their fur. Pollen can also collect on furniture and in rugs, so consider using throw rugs on wooden floors rather than wall-to-wall carpeting, or vacuum frequently. You may want to use bedding made with Ventflex, a special hypoallergenic synthetic material. Install an air purifier in the rooms you spend the most time in.

6. Try immunotherapy.
A popular treatment for seasonal allergies is immunotherapy, in which the patient receives a series of injections of the allergy-causing agent in minute amounts until the body builds up an immune response. Typically, at the end of three years about a third of patients will be cured. If shots aren’t your thing, the treatment can be performed sublingually (liquid placed under the tongue). It’s more convenient and takes less time. Permanent results are often seen within weeks or months.

7. Try quercetin.
Quercetin consistently demonstrated the greatest antiallergy effects among the flavonoids studied in experimental models. Recently, a highly bioavailable, enzymatically modified form of isoquercitrin (EMIQ) has been developed. This form has shown significant effects in improving some of the symptoms of hay fever in double-blind clinical studies. The dose of EMIQ is 100 mg twice per day.

9. Use fish oils.
Fish oil is great for immune boosting and reduces inflammation associated with allergies. The dosage is 1,000 mg EPA and DHA per day.