Coenzyme Q10 is Essential for a Healthy Heart 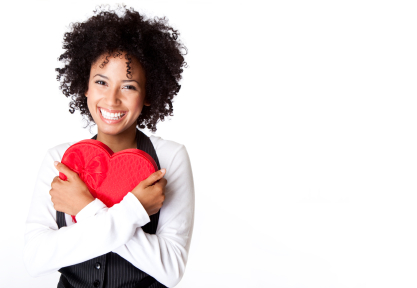 Coenzyme Q10 (CoQ10) is an essential component of mitochondria—the energy-producing unit in every cell in your body. CoQ10 is involved in the manufacture of ATP, which the body uses to make energy. CoQ10’s role is similar to that of a spark plug in a car engine—without that initial spark, the human body cannot function.

CoQ10 can be made within the body, but sometimes our bodies simply don’t make enough. The heart is one of the most metabolically active organs in the body, so a CoQ10 deficiency affects your heart the most, and can lead to serious problems. Deficiency can be the result of a poor diet, genetic or acquired defects that limit CoQ10 synthesis, or increased tissue needs. Heart and vascular diseases, including high cholesterol and high blood pressure, can increase tissue demand for CoQ10. In addition, people older than 50 may need more CoQ10, as levels are known to decline with age.

Are There Food Sources of CoQ10?

Yes, but the typical daily intake of CoQ10 from dietary sources is only about 3 to 5 mg—nowhere near the level required to significantly raise blood and tissue levels. Meat, poultry and fish provide the majority of dietary CoQ10.

What are the Principal Uses of CoQ10?

Be aware that it can take eight or more weeks of daily supplementation with CoQ10 before you’ll see a noticeable improvement in any of these diseases.

How Does CoQ10 Improve Heart Function?

Research shows that 39 percent of patients with high blood pressure have a CoQ10 deficiency. In several studies, CoQ10 supplementation has been shown to lower blood pressure in patients with hypertension, although the effect is usually not seen until after eight to 10 weeks. Typical reductions in both systolic and diastolic blood pressure are in the 10 percent range.

How Does CoQ10 Boost the Immune System?

Tissues and cells involved with immune function are highly energy dependent and require an adequate supply of CoQ10 for optimal function. Studies have documented the immune-enhancing effect of CoQ10. Also, CoQ10 should definitely be used by cancer patients after taking any chemotherapy drug that is associated with heart toxicity, such as adriamycin and athralines.

Since CoQ10 is an essential cofactor for energy production, it is possible that CoQ10 deficiency
is a factor in some cases of obesity. One study of obese people found that 52 percent had low CoQ10 levels. When they were given 100 mg per day of CoQ10, they had significant weight loss.

What is the Best Form of CoQ10?

Coenzyme Q10 is available primarily in tablets or capsules. The best preparations appear to be soft-gelatin capsules with CoQ10 in an oil base or in a soluble form. To further enhance absorption, CoQ10 should be taken with food.

I believe the best form of CoQ10 on the market is Clear Q by Natural Factors. To enhance the body’s absorption and utilization of CoQ10, some manufacturers have looked to synthetic compounds to make their CoQ10 formulas more soluble. Natural Factors has chosen an all-natural approach instead. Using a patent-pending process known as Lipcom (lipid compression), Natural Factors binds CoQ10 to the purest form of natural vitamin E available (Clear Base Vitamin E: pure, 100 percent-natural d-alpha tocopheryl acetate). The result is a CoQ10 product that’s more easily absorbed and used by the body.

In a preliminary study, subjects were given either Clear Q or standard CoQ10. After six hours, the CoQ10 blood levels of patients who took Clear Q increased 235 percent more than those who took the standard product. In addition, six hours after supplementation with Clear Q, blood levels of CoQ10 can reach higher than 2.5 mcg per ml—the amount required for consistent results with CoQ10. CoQ10 is present in the blood in oxidized (inactive) and reduced (active) forms. Increased oxidative stress or low vitamin E levels convert more CoQ10 to its oxidized form. Research shows high levels of pure vitamin E enhance the biological function of CoQ10, which in return enhances vitamin E activity.

How Much CoQ10 Should I Take?

Usually 50 to 150 mg of CoQ10 per day is recommended, but if the supplement is going to be effective, it seems that CoQ10 blood levels must rise above 2.5 mcg per ml and be maintained at this level for a prolonged period. The normal blood level for CoQ10 is roughly 1 mcg per ml, so it can be difficult to achieve therapeutic blood levels, especially with poorly absorbed forms of CoQ10.

Coenzyme Q10 is very safe—no serious adverse effects have ever been reported, even with long-term use. Because safety during pregnancy and lactation has not been proven, CoQ10 should not be used during these times unless the potential clinical benefit (as determined by a physician) outweighs the risks.

Does CoQ10 Interact With any Drugs?

There are no known adverse interactions between CoQ10 and any drug or nutrient. However, many drugs can adversely affect CoQ10 levels, and CoQ10 may be able to reduce side effects of some drugs. In addition to adriamycin, CoQ10 supplementation has been shown to counteract some of the adverse effects of certain cholesterol-lowering, beta-blocker and psychotrophic drugs. Lovastatin (Mevacor), pravastin (Pravachol), atorvastatin (Lipitor) and simvastatine (Zocor) are used to lower blood cholesterol levels by inhibiting the enzyme (HMG CoA reductase) required to make cholesterol in the liver. Unfortunately, these drugs also block the manufacture of other substances necessary for body functions, including CoQ10. Supplementing with CoQ10 (50 mg per day) is necessary to prevent its depletion in body tissues while on these drugs.